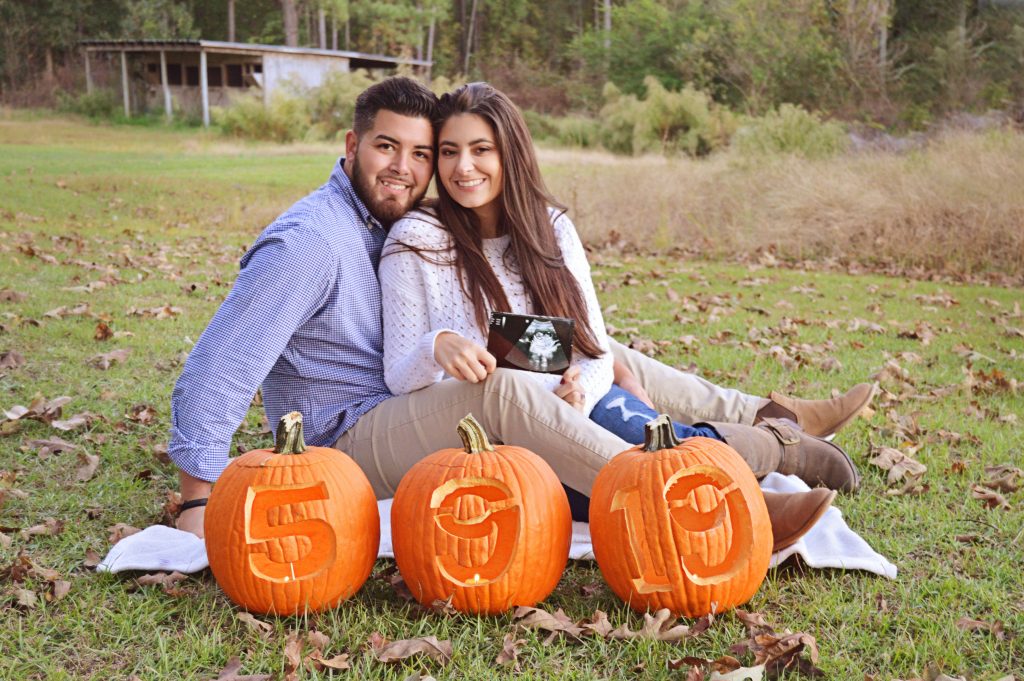 I know what you’re probably thinking. “You just announced you were having a baby??” Well, the truth is I’ve been pregnant for a little while and Baby Finlan is due May 9th, 2019 which puts me at about 14 weeks right now.  So with that being said, I decided to sit down and relive my first trimester with y’all because I know I left you in the dark for it.

I’m going to try and divide it up by weeks so you get the big picture, but the truth is a lot of it is spotty and kinda sad and if I’m being honest I was downright miserable for a good chunk of it but I want to be open and honest about all of it because this is motherhood and its going to be so messy.

So I actually found out sometime between weeks 4 and 5 because my period was late. At first, it wasn’t a really big deal my period was known to be a spotty here and there so the first few days I wasn’t all that concerned.  However, when day five rolled around I just had this feeling. I told Brandon that I thought I was pregnant, I just could not shake that feeling. We decided to wait until Friday before I took a test to see. Well, Friday rolled around and low and behold I was right. Three tests later and I was still pregnant and I couldn’t stop crying. Not because I wasn’t happy I just wasn’t really sure how to feel at that point, it didn’t feel real.

These three weeks seemed to just fly by in a blur for me. My symptoms really started to kick in and they aren’t joking when they tell you the first trimester is one of the hardest ones. The body aches, headaches, and tiredness were all things I could deal with it was nausea that was making my life hard. It kicked in out of nowhere and was very relentless. There were even a few times it would wake me up in the middle of the night. During this time I was also trying to figure out a way to let my parents know they would becoming grandparents within the next handful of months.

In this time frame, I had my first doctors appointment, told my parents, let work know and started thinking about baby names. The doctors’ appointment made everything seem so much more real. We got to hear the baby’s heartbeat and mine fluttered. Telling my parents went over differently than expected as well but once we all got past the shock fatter they were so happy and excited for me.

This was a very good and a very bad week for me. Firstly I got to have my first ultrasound. We saw the baby move around and everything. But this was also a very rough week for me. My moring sickness, which is more like all day sickness, got the better of me. I was out of work for two days and even ended up in the ER because I couldn’t keep any solids or liquids down. It was not a fun time.

Weeks 12 and 13 have been super busy and it’s been a major blessing that I’ve been feeling better because Brandon and I have just had so many family events planned. From family cookouts, trips to the zoo, and fall events at church we haven’t had a weekend free yet. During this time we also announced the baby to everyone and so far we’ve got nothing but congratulations and happy wishes. And it has meant the world to both of us.